Students and employees in training from the Goflex Group's Technical Training Centre Vakwijs and Training Company Goflex Young Professionals will soon be able to get to work with a series of brand new sensors from VEGA, which were recently donated. The pressure transmitters and radar level meter will be used in the process skids where upcoming technicians learn their skills. The GoFlex Group offers, among other things, technical courses and career guidance (BBL) apprenticeships.

Measuring equipment is generally quite expensive, so it is not every day that an educational institution receives a box full of instruments. Thomas Hendriks, Technical Support Engineer at VEGA explains: "We had ordered a series of instruments for a customer, but they turned out not to be needed anymore. You can leave that equipment on the shelf for years, hoping that a customer will come along and buy the instruments with exactly that process connection and pressure range, but you can also use it to invest in the future: education." 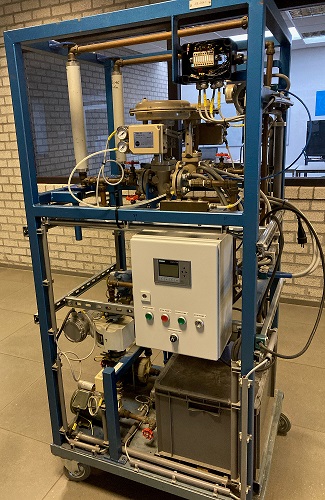 Michaël Elsenbach, consultant at Goflex and Vakwijs was pleasantly surprised when Hendriks called him to ask if he was interested in the sensors. "We can use them very well, especially because they are high quality sensors and moreover they are a lot more modern than the previous sensors. This makes it easier to make the connection to practice, where you also encounter more and more these kinds of sensors."

Elsenbach not only wants to use the VEGA sensors for the skids used at the training centre, but also has plans to build them into a demo set-up that will be used on open days to recruit career guidance (BBL) apprenticeships for Goflex. "The fact that you can use a sensor with your smartphone really appeals to the imagination of young people these days, we know from experience." 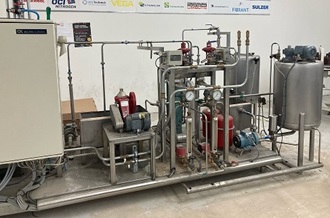 Hendriks hopes that the introduction to the VEGA sensors will ultimately lead to more: "If a Goflex technician goes to work somewhere soon and has to get to work with very old pressure transmitters, he might tell his supervisor that he has the experience that our transmitters really work much easier and save a lot of time. But even if we no longer sell sensors for the sake of it, I think that as a supplier we should invest in the technicians of the future.

The cooperation is already so successful that more plans are on the agenda. Elsenbach: "We are already looking at whether we can give other workshops together with VEGA, for example on board the VEGATRUCK, VEGA's mobile demonstration lab."