Close
Only when the steam quality is right can the Marchwood power plant live up to its reputation as one of the most efficient power plants in the UK. One unstable level measurement, however, gave the engineering team some regular headaches. The problem was solved only after level measurement technology from VEGA was installed.
Achieving high efficiency is not always easy, especially in the power generation sector. Tiny differences in temperature and pressure can cause the carefully crafted balance between steam pressure and temperature to fluctuate, resulting in a loss of valuable reliability and efficiency. This was the case in a power plant near Southampton, which made it necessary for the operator to seek a more reliable and accurate level measuring system.  The existing systems installed on site – a very complex, but common solution for measuring condensate in this type of plant – were anything but simple.
Marchwood Power operates a natural gas-fired, combined-cycle power plant in Marchwood Industrial Park, right next to the River Test. A total of 380 million UK pounds were invested into a plant that generates 900MW of electricity for the national grid. That’s enough to supply nearly one million households. The plant is one of the most efficient power plants in the UK.

Contributing to the high level of reliability is VEGA's measurement technology, which is located deep inside the plant. Directly under the steam turbine there is condenser vessel where the exhaust steam from the turbine condenses, which is then reheated and vaporized before being fed back into the steam turbine. Reliable and accurate level control in the condenser is critical in this part of the process. If the level is too high, liquid could enter the turbine, potentially causing extensive damage. At the same time, the condensate must be at a constant level, with optimum back pressure and vacuum maintained to optimise the condensing process and operating efficiency of the turbine. 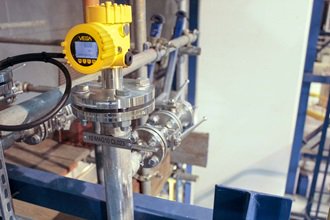 50 mm-diameter bypass tubes with shut-off valves at the top and bottom.

When the system was originally planned and commissioned, the installation consisted of three differential pressure transmitters in a 2-out-of-3 selection circuit.  The LP (low pressure) leg of the DP system required a continual top up from a condensate pot. This was due to the vacuum within the condenser emptying the LP leg, causing errors in the level measurement. So, the main issue was maintaining a consistent supply of condensate to the level system, using  a series of valves and rotameters, as variations in the flow would cause errors in the system.
With this selection circuit, one measured value may deviate, but as soon as two measured values veer outside the tolerances, a fault is signalled and appropriate measures are initiated and that exactly was the problem.  Regularly, due to this complex arrangement, one of the three DP transmitters delivered incorrect level readings. As a result, there was always a high risk of a fault being triggered. This could reduce the availability of the system, because if all three differential pressure transmitters displayed a different measured value, this could cause a precautionary shut down if not resolved.
The challenge: The use of a differential pressure gauge in this application is extremely complex due to the interconnected piping, valves, rotameters and condensate tanks. The system upkeep was both complex time consuming, keeping the condensate in the pots and LP piping all at the same level and maintaining the calibration of the differential pressure transmitters.
For that reason, Marchwood Power sought a new solution that would be more reliable, more accurate and require less maintenance, to ultimately increase plant availability. They also wanted to continue using the 2-out-of-3 selection circuit for safety. 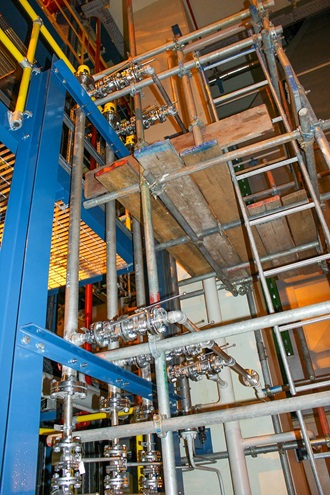 VEGA recommended that the company install additional inter-connecting pipes from the condenser, so that three VEGAFLEX 81 guided wave radar transmitters could be mounted in 50 mm-diameter bypass tubes with shut-off valves at the top and bottom. The big advantage of guided wave radar technology is that it is totally independent of temperature, pressure and vacuum, as has been conclusively demonstrated in practice. With this solution, there are no measuring problems in the bypass tubes, where the measuring range is just over 1.7 m, pressure range from 25mBar Abs to Atmospheric and temperature is always below 40° C. These conditions are no real challenge for VEGAFLEX 80 series, which can withstand up to 450°C and 400 Bar, with an approval for direct boiler level control, to meet the requirements of automated/unmanned operation according to EN12952-11:2007 and EN12953-9 :2007  (also as a limiting device in redundancy). 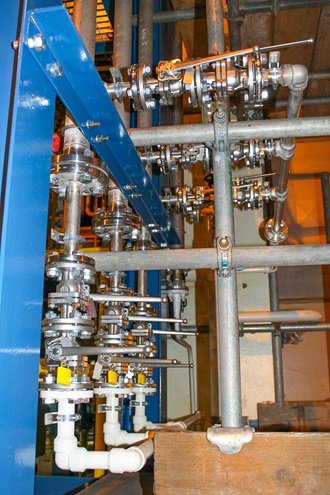 After the instruments were installed into the bypass chambers, they only had to be wired and set up. The Marchwood Power engineers were able to carry out the commissioning themselves using the PACTware software. Advantage: they could immediately receive feedback on the configuration and save exact records of the sensor adjustment.
There were other advantages in addition to reducing maintenance costs: Marchwood Power got what it had been looking for; a reliable, and above all simple, measuring system for determining the level in the condenser. Additionally, the overall costs turned out to be significantly lower than those of the differential pressure transmitter system that was originally used. 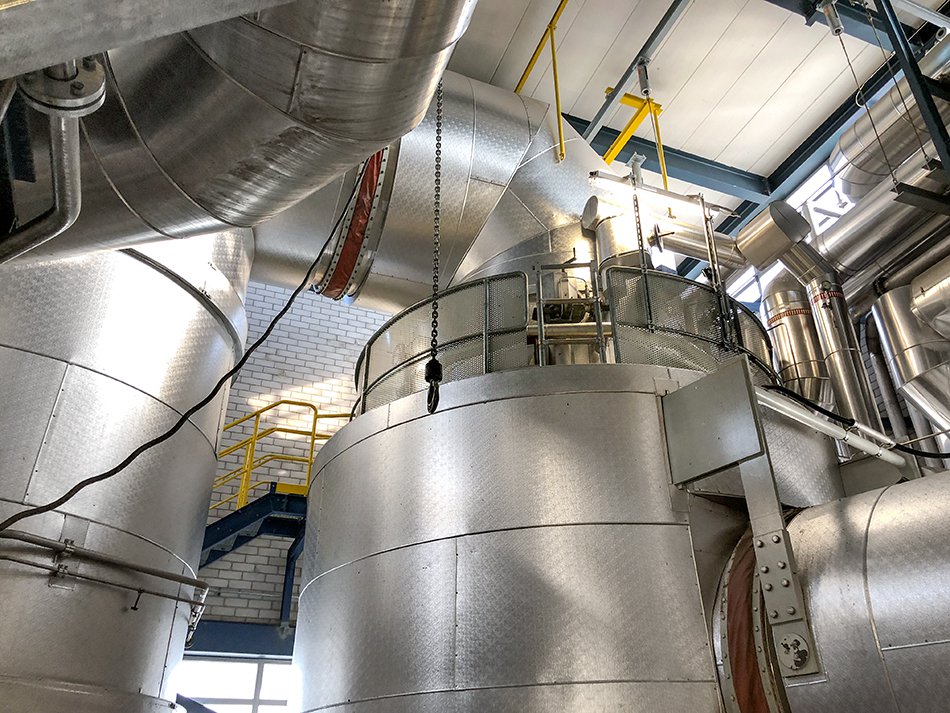 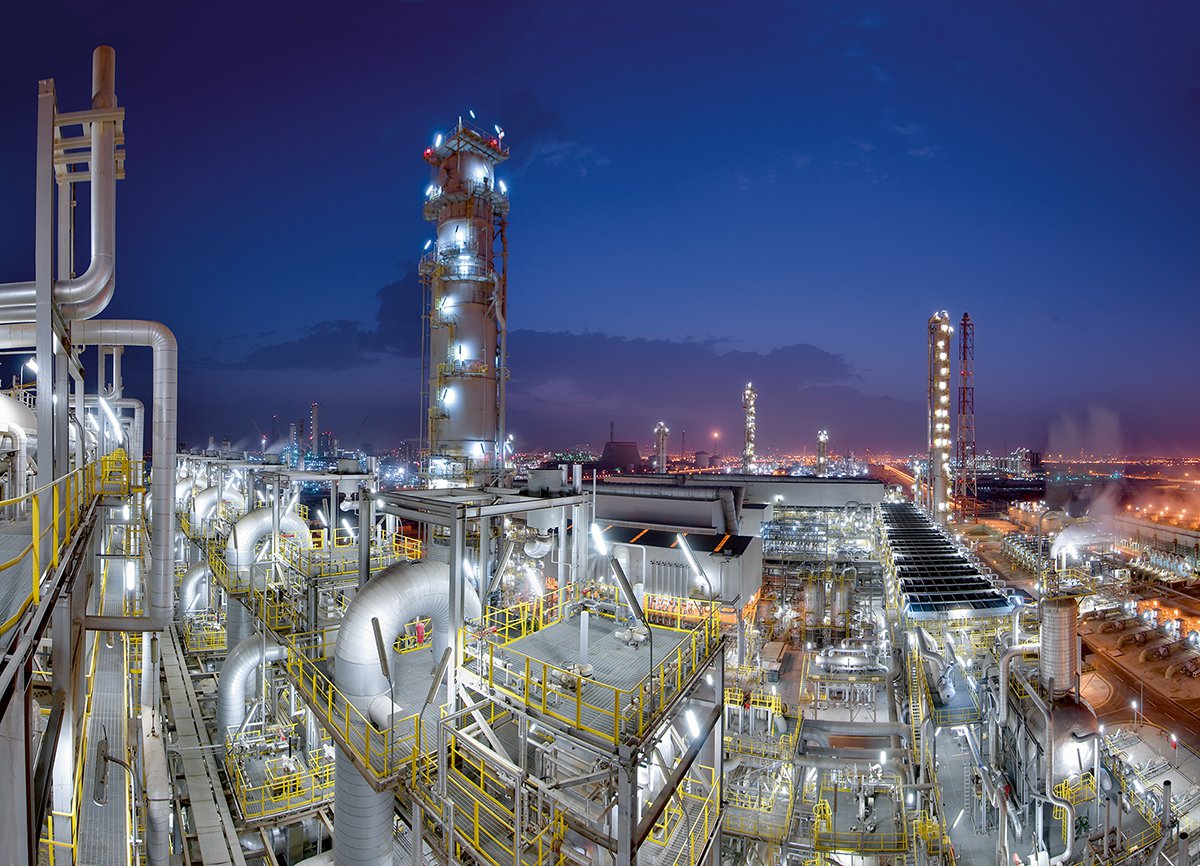