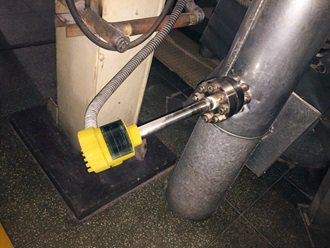 Sometimes, seemingly difficult measurement situations can be solved by applying simple technologies – provided these are robust enough to withstand the challenging environments. This is what happened at the Jining Thermal power plant of China Huaneng Group Co, Ltd. in Jining, in the eastern Chinese province of Shandong. There, the vibrating level switch VEGASWING 66 simplified in one fell swoop the level measuring point that had previously been considered hopelessly complicated.

The production process in the Chinese thermal power plant in Shandong (capacity 380 MW) employs a high-pressure steam bypass system, which, to be sure, mainly takes effect only when the turbine is started up. When the turbine starts, water in the boiler is heated, generating steam. At this point, however, the steam parameters do not yet correspond to the operating state of the turbine. The temperature of the steam is still too low and it contains too much moisture. And it is exactly this that is problematic for the turbine, since very fine water droplets hit the turbine blades at high speed, possibly damaging the turbine blades. For that reason, the steam from the boiler is first passed through a bypass system. Only when the steam is in the right condition – i.e. without water droplets and at operating temperature – is the system switched off and the steam fed into the turbine.

When the steam bypass system is used, water collects at the bottom of the pipe. If the water is not drained in time, the pipe gets flooded, which can lead to problematic situations. So the water level must be accurately measured and lowered at the right time. In the past, the water in the turbine's steam bypass system was detected by a float switch. Due to frequent error signals, system shutdowns occurred again and again. To remedy this situation, the plant operator tried to find a level switch that would function reliably even at high temperatures (up to 325.5° C) and high pressures (38 bar).

Throughout the different process units, there are storage vessels that collect clean, reusable condensate. This condensate accumulates from the steam system that is used to heat the various hydrocarbon processes. The condensate tanks routinely have extremely high process temperatures, so a level measurement and point level detection are necessary that can withstand this environment. 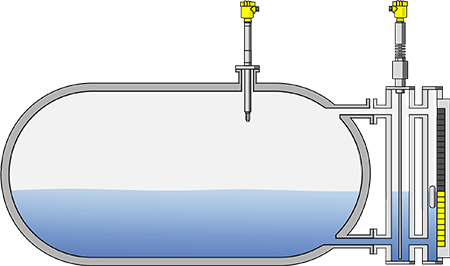 Condensate detection in the water-steam cycle

To warm up the water for the boiler, steam is bled from the power plant turbine and delivered into a preheater. As the steam cools and condenses, it is removed from the preheater with pumps. Any condensate gathering in steam pipes has to be reliably detected to prevent it from entering the turbine. Vibrating level switches, mounted at low points in the system, reliably detect any water accumulation. 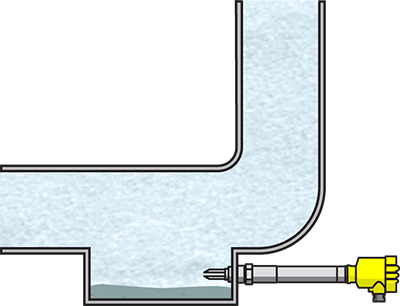 Optimum protection of the turbine against condensation

Inductive drive as a solution for measurement under extreme temperatures 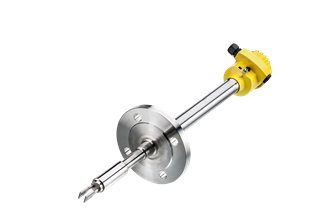 Many measuring methods, however, are unable to cope with such process conditions. Vibrating level switches are highly valued for their simplicity and robustness and were seriously considered for this measuring task. In the past, however, they reached their limits as soon as temperatures rose above 280° C or sank to extremely low temperatures. The reason for this is that the drive that excites the tuning fork to a certain frequency is based on piezo technology, which is not designed for such extreme temperatures.

No one was able to come up with a convincing solution here until the advent of VEGASWING 66. This sensor’s core technology is a brand-new type of drive. Its patented inductive drive effortlessly manages to excite the tuning fork even under extreme temperature conditions. This means the user can take advantage of the simple installation and handling of a vibrating level switch, yet have an extended temperature range of -196° to +450° C and a pressure range of -1 to +160 bar. The sensor was thus the perfect choice for level detection in the steam bypass pipe.

Another advantage is that the sensor monitors itself and allows a function test to be initiated at any time to check if the sensor is in good working order. Corrosion on the fork, for example, would be reported immediately. The function test is carried out by simply pressing a button. In addition, the sensor is SIL2 qualified and can be used in homogeneously redundant systems up to SIL3.

We need your consentThis content is provided by an external provider. If you activate the content, personal data may be processed and cookies set.
The vibrating level switch VEGASWING 66 is now used at this measuring point. But before that could happen, there was still one more challenge to overcome: moist steam, which flows through the pipe at a very high speed. For that reason, special attention was given to the position of the stainless steel tuning fork inside the pipe. The solution turned out to be a slightly longer mounting socket, which was then installed at the measuring point. This moves the tuning fork back, i.e. out of the way of the process, and protects it. Since this modification a year ago, VEGASWING 66 has been doing its job reliably without interruption, to the full satisfaction of the plant operator. 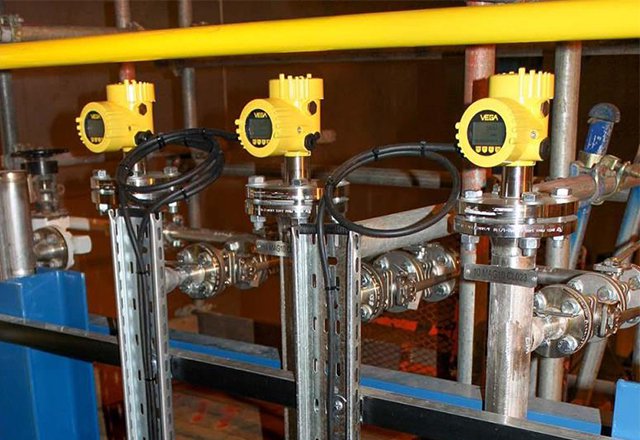 Power Plant in balance with VEGAFLEX 81