Crushers require a lot of energy to produce the finished product. In addition to the actual comminution, processes such as pre-washing, cleaning, sorting, etc. must be considered. Thanks to Maestro's systems, energy consumption per tonne of product can be significantly reduced.
The key to this lies in intelligent automation of the entire production chain and real-time data management. Ma-estro's systems virtually dismantle the entire crushing process, from the quarry to the end product, and assess many individual parameters in the respective processes from very different angles. On average, 15% of the total energy consumption can be saved in this way.

Gentle processes are good for the end product 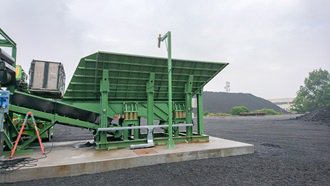 VEGA sensors in the crushing machines transmit the correct level at all times.

It is not only energy costs that are the focus of optimization. The real challenge for the operator of a quarry is to deliver an end product with uniform quality.
Quality and reproducibility, in turn, depend to a large extent on the load placed on the crushing machines. The harder the material, the greater the stress on crushers and mills. Wet material can also become a problem for conveyors, hydrocyclones and screens. Moreover, the properties of the raw materials, such as mass, density or hardness, can change. This places different demands on plant components such as crushers and screens.

Manual intervention in the process is usually difficult. The aim of continuous monitoring of the individual process steps is therefore to reduce the load on the respective machine components – depending on the current situation in the crusher. Maestro's system automatically controls the entire process by connecting all the machines in the system. The sensors installed in the critical areas make it possible to constantly adjust the load in the individual parts of the system. For example, loading is controlled, material flow is adjusted or clogging scenarios are avoided. This protects the equipment, saves energy and also leads to higher product quality. 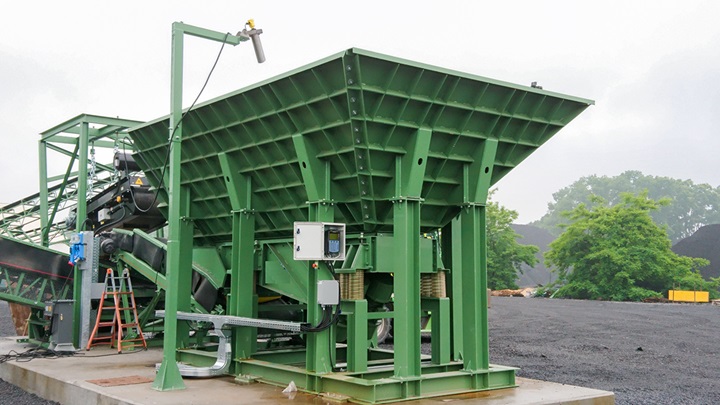 The main objective of automated control is to identify and resolve the discrepancies caused by raw material variability.

In Ma-estro’s world, sensor technology plays a major role. For about a year already, measurement technology from VEGA has been involved in the monitoring and optimization of the crushing machines. A total of 50 instruments are being used for this, including VEGASON 61, 62, 63, VEGAPULS 69 and VEGABAR 82. Most of them are level sensors. VEGA radar technology is used to measure material in crushers and mills, but it also warns of screen clogging and measures the level of water used for washing the material. Other examples are the VEGA sensors located at the opening of the press to control the level in the machine, on the conveyor belts to measure the load and in the storage containers to measure the quantity of the end product.
Ma-estro had previously used sensors from other manufacturers for these tasks. However, these had to be integrated, at great expense, into the existing automation systems. Dust, residual material and moisture cause a lot of interfering reflections. It was a set of circumstances that caused considerable problems for the previously used sensors and thus led to inaccurate measurement.

Installed as a test instrument – retained for permanent use

Ma-estro hardly knew anything about VEGA up to that time. Nevertheless, some sensors were installed for testing. From the very beginning of the project Ma-estro was convinced of the technology, so the sensors have since found their permanent place in the crushing systems. The measurement engineering team was especially impressed by the simple configuration of the instruments. Thanks to the plics® concept, i.e. the standardized user interface independent of measuring principle, the team didn’t have to re-familiarize themselves with the different sensor types over and over again.

VEGAPULS 69, in particular, delivered extremely reliable and accurate measured values – an important prerequisite for starting an optimization of the crushing process. The level sensor operates with 80 GHz and has an antenna diameter of approx. 75 mm. The 80-GHz beam thus bypasses anything that could otherwise get in the way, such as internal fixtures or buildup on the vessel wall. What is more, it easily penetrates even dense clouds of dust. This makes measurement more reliable, especially in the harsh environments found in crushing machines.
There was yet another feature that greatly delighted the Italian company: the option to use wireless communication via Bluetooth. This is particularly useful for hard-to-reach areas, harsh industrial environments and Ex hazardous zones. VEGA sensors can be configured and parameterized from a safe distance with a smartphone or tablet. Fast and easy-to-use display and diagnostic functions are also available. VEGA technology thus fits perfectly into Ma-estro's optimization environment. 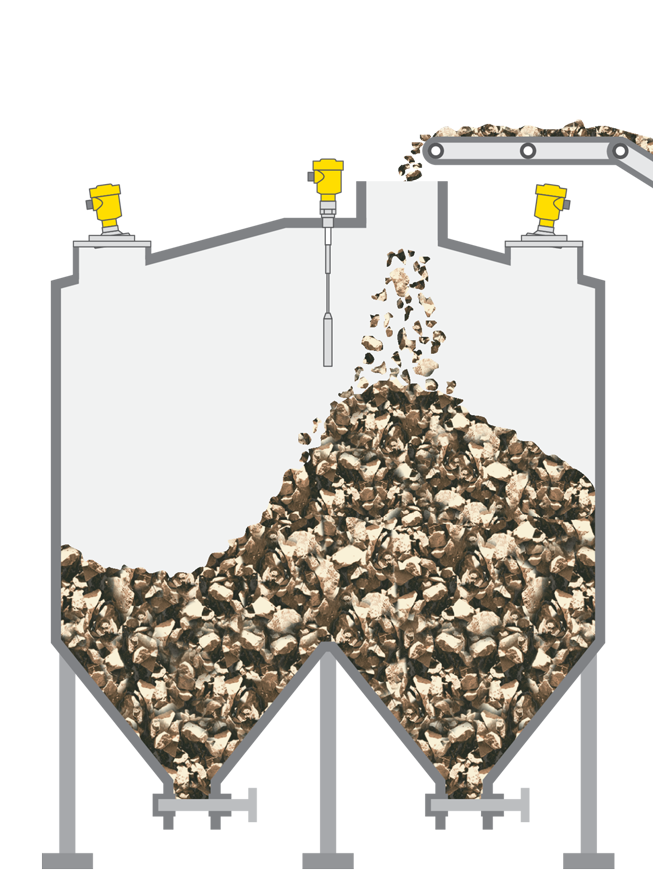 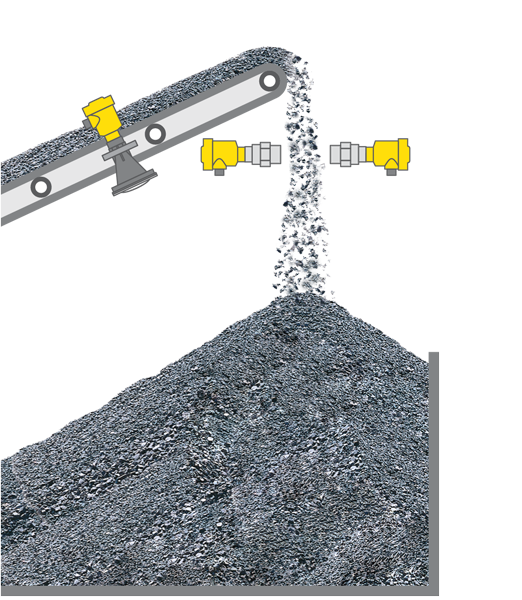 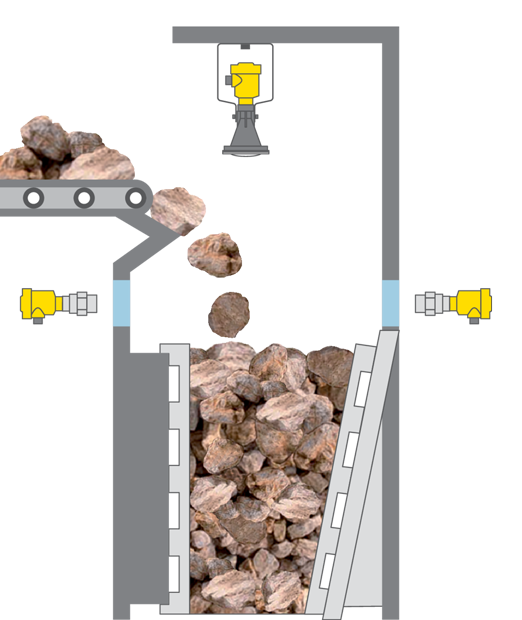 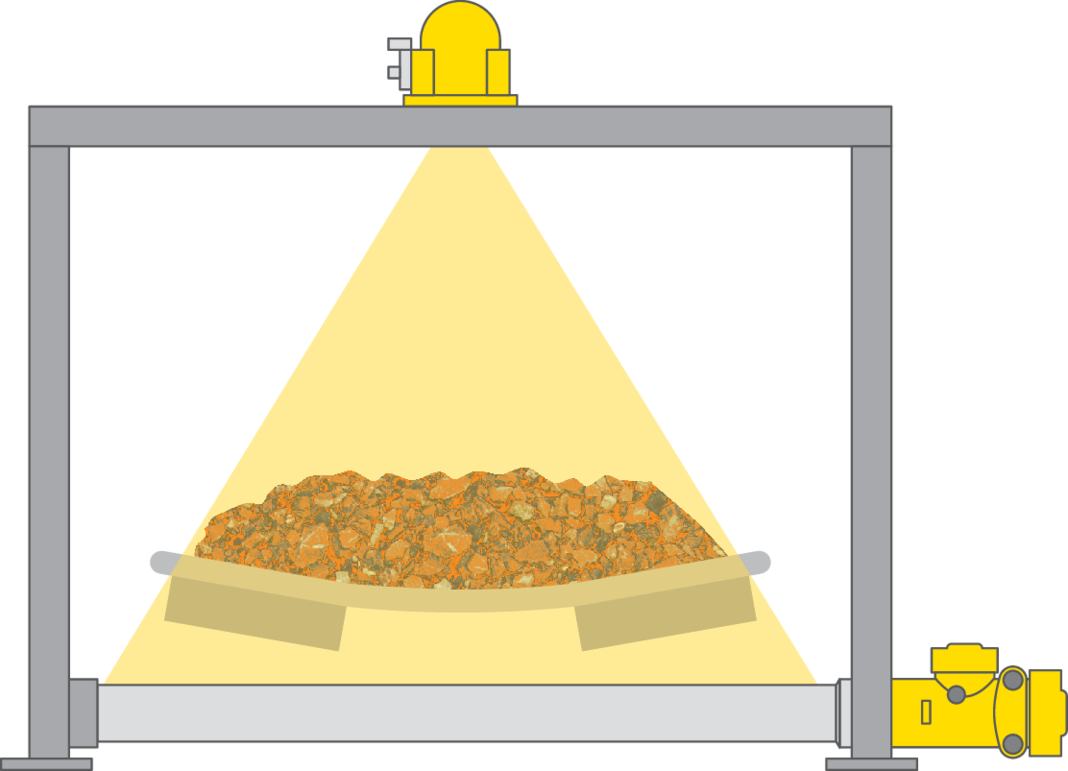 You're currently on our site for United Kingdom.
Please select your country or region