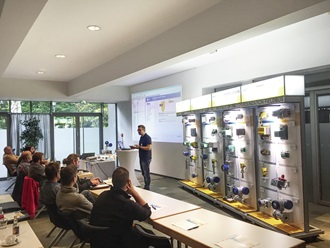 Setup, diagnostics and maintenance with PACTware

Last year, PACTware™ Consortium e.V. visited four industrial centres in Germany with PACTware Live Training. 150 participants took part in the half-day events with live training sessions and a table exhibition. It was an optimal environment for a direct exchange between visitors and the organizing companies.
Experts from seven well-known PACTware member companies explained to the participants how they can use the universal adjustment software PACTware to make the operation of their field instruments more efficient.

The event focused on the practical benefits of PACTware, the most widely used FDT frame application.
PACTware vastly simplifies and speeds up work with a wide variety of field instruments. This was demonstrated with the help of a notebook and an array of mobile devices on a demo wall. Devices with Foundation Fieldbus, I/O-Link, HART and Profibus were used.
Both point-to-point and network connections were discussed.
In addition to the integration of DTMs, the use of FDI device packages in PACTware was also demonstrated. Participants received detailed information about the scope of services and functions provided by PACTware.

The event was rounded off with a product exhibition by the organizing companies Bürkert, CodeWrights, KROHNE, Pepperl + Fuchs, Softing, Turck and VEGA.
PACTware Live Training was supported by the FDT Group. 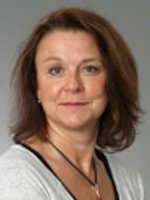